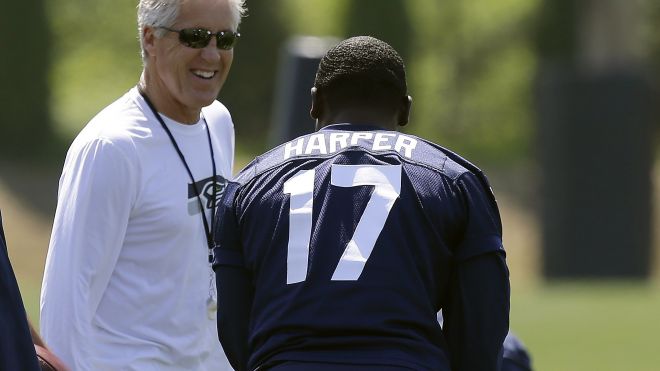 RENTON, Wash. –  The Seattle Seahawks already had a deep roster even before the NFL draft.

For the 11 draft picks selected by Seattle, just finding a way onto the roster by the end of training camp will be tough.

However, two of the Seahawks selections have already made an impression with coach Pete Carroll during the team’s three-day rookie minicamp.

Fourth-round receiver Chris Harper and fifth-round tight end Luke Willson each caught the ball well during the minicamp and Carroll is already envisioning roles for the pair for the start of training camp in July.