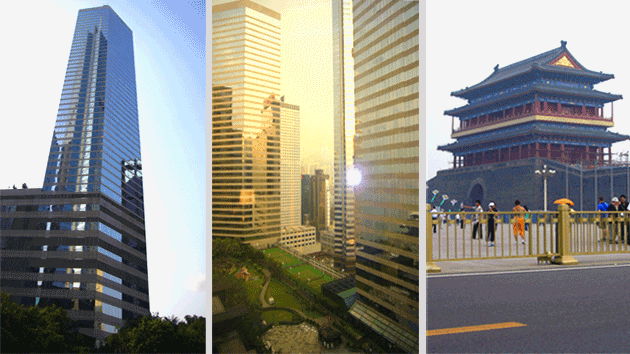 What a unique experience

One China – many China

Put it in the context 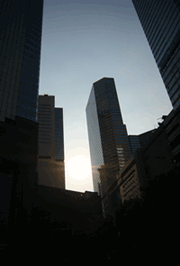 The very first time you get to China, you suddenly get astonished by the crazy traffic, heavy air pollution, level of humidity and the amazing crowd density everywhere, in the road, in shopping malls, in restaurants. But don’t be afraid, this is an amazing country. I’ve had the chances to visit China in several occasions, mainly for businesses and projects related to renewable energy, and every time I took with me additional pieces of its culture and habits. This is a huge land and the fastest growing economy of the world with its 1.35 Bln people, just to mention the ones that fall in official census, characterized by millennial traditions, many regional peculiarities and idioms. There is not one China but “many China”, and as such it is impossible to simply talk about a local culture, as there are many. China is a country defined as “young”: more than 20% of the population belongs to the age group from 0 to 14 years, about 70% belong to the age groups of 15 to 65 years, while over sixty-five are less than 10%. Life expectancy is 73 years.

In my various trips to China, I’ve I had the good fortune to be exposed to a variety of people of different age, levels of education, culture and wealth. Today I want to share with you a quite unusual experience.

My first time for business – the Hong Kong base

The first time I put my feet on China for business, I landed in Hong Kong, actually still a country with a special statute within the People Republic of China, which is considered the real gate to China. Hong Kong, with a population of 7.1 mln people, is the third financial center in the world, immediately after New York and London. It is s an international logistic hub and an extremely well organized and efficient service location with excellent facilities, from financial services – all major international banks, insurances – to  shipping and logistic companies and some of the best hotels in the world. So, no surprise if all international brands ranging from to high-tech to luxury, have built a strong presence there as almost of the goods we get from and export to China are handled through Hong Kong logistic port. I used this entry point several time when working in China this is a quite safe place where you can to get in and out in a safe, timely and predictable way. Hong Kong, with its special status, is being intensively exploited by any international player wishing to enter in commercial relationships with Chinese people and most of Chinese industrial/commercial conglomerate are headquartered or stock listed there. The only negative thing here is the climate: hot and humid all year round with humidity levels reaching 90% in the summer and falling to 70% in winter. I literally got wet, actually better said soaked, when moving from the hotel to my the office, 100 mt. away. Once in the the office I used to start the day taking a shower…, my second of the day at just 8:00 am. But Hong Kong is really fantastic.

This was stated in the law of 1979.  “Do fewer children and more pigs” reared banners with slogans in red are still attached to the walls. The authorities of hundreds of towns and large villages in the remote provinces of the immense China have not removed them yet. I’ve seen these funny messages in several rural districts when moving there. It probably will not come off even today that it has launched its reform to ease ‘one-child rule “.

But let’s focus on my experience there. I’ve been there for work, as said, but what for a work! My job was to support local players to evaluate how best to address and hopefully mitigate the so called greenhouse emission problem, though China did not join Kyoto Protocol on greenhouse emission reduction. The main issue: pig slurry. Yes, you read correctly, I said pig slurry, nothing to lough about, believe me. Did you know that pigs are the most common widespread cattle in China and, beside rice and chicken meet, is the primary source of nourishment for the population. Feeding a population of 1.3 Bln is a tough job so, no surprise if this goal is on the very top priority agenda of the local government.

The result – one pig every two people

The Peoples Republic of China, by a large margin, has the highest number of swine in the world both for internal consumption and for export. Hence, a very important contribution to its economy. Let’s figure out how big is this phenomena:  67% of the meat eaten in China is pork, and demand for this meat is growing worldwide. As a result, China features 1.8 million pig farms with more than 700 million pigs, which produce millions of tons of feces a year. Wow, almost 1 pig every two people! But with a slight difference in “life expectancy”, fortunately in human being favor, which is quite shorter for pigs to merely 6-8 months. This is the average pig’s “life expectatancy”. Summing up all this, we obtain that for each inhabitant there are almost two living pigs over a period of one year.

The country currently produces half the world’s pigs and will soon be in critical need to find a solution for the more than 406 million tons a animal waste dumped into waterways  – literally rivers and lakes of pig’s slurry – of which the country is very reach. You must know that the most polluting substance directly emitted into the air from these dump is Methane, a gas that is 21 times more polluting that CO2, the main responsible for greenhouse effect.

Fortunately, after decades – even centuries – of total indifference to the phenomenon, the state government now mandates “biogas digesters” for farms with over 1,000 cattle, 10,000 pigs, or 100,000 chickens, but while there are multiple state, provincial and local subsidies available, only about 3 percent of China’s large and medium-sized operations currently have proper facilities to handle waste. A biogas digester is a technology and a system that allows to transform/convert the manure into energy, through the burning process of the recovered biogas, and that also generates an important part of  so called by-products, derived products that are used at the end of transformation  as fertilizer. A a quite clever and economically viable way of addressing the issue and protecting the environment.

My job there – something to be worry about

I decided to be part of that and I’ve then been involved in this new emerging business in several ways and in several stages. Firstly by identifying and mapping the areas of greatest concentration of sizable pigs farms, then by selecting and suggesting the most modern technologies and then helping local entrepreneurs to model the economics up to the financing of their initiative. I’ve been also involved in finding and managing skilled engineering teams to assemble all the pieces and run the projects to reach a stable industrial production pace.  But you know what, whilst this could sound marvelous, it is not so exciting as it may appear.

Actually, one of the most relevant and critical part of this job, beside the whole noble part just described, is to assure a predictable, robust, long lasting, sizable supply of the manure to the biogas plants. And, believe it or not, that was the toughest part of the game. Not the engineering or the funding one. For months, I run the country covering more than 12000 km in the rural provinces, screening the “best areas”, getting introduced to and accepted by local farmers, the owner of the raw material – the manure -, convincing them of the goodness of the operation and negotiating a fairly balanced manure supply agreement up to a reciprocal signature has been dramatically difficult. I went to the districts, with big boots, I measured the “slurry lakes”, evaluated their volumes and potentials, I visited the farms, together with very skilled local engineers – I was impressed by their competencies – , we together engaged in convincing the farmers to hand over their slurry to the plant owners. One could think that this should have happen for mutual benefit, hence almost for nothing, as farmers were mandated by law to find a solution and were forbidden to throw the manure open air, but that was never the case as farmers immediately smell the business. Their nose was still intact, and tried to get the best out of any single agreement. Tough life then. We “negotiated” thousands of  agreements in few months, with a pace  of several dozens a day.

But you know what, I got very familiar with their life too. I was often invited to stay in their home as happened to finish very late at night and no hotels nearby… and, guess what?

In the morning you don’t wake up with a typical cockcrow but rather with the heavy tread of a pregnant sow heavy 300 kg calmly walking in your room. Our precious raw material source, and you know what, be surprised, eventually you get used to this too !